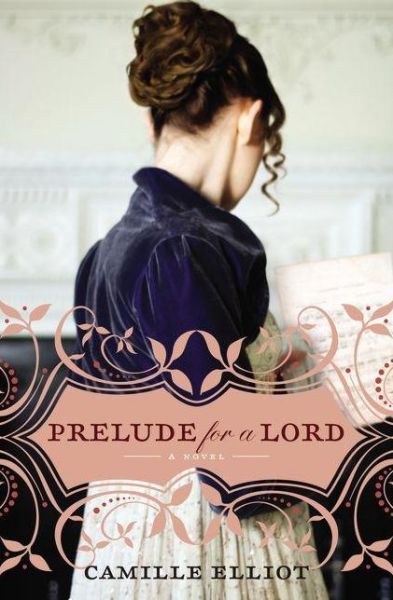 I have been reading Regency romances since I picked up my first one in ninth grade, by accident. Since then, I’ve been buying Regency romances at the bookstore, through reader mail subscriptions, and more recently through garage sales, Goodwill/Salvation Army/thrift stores, and eBay or online used bookstores. I’ve acquired so many paperbacks that I’m not entirely sure where I’ve gotten them from by now, but they’re all waiting on my bookshelves for me to pick them up to read. 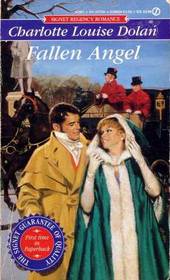 The most recent book I read was Fallen Angel by Charlotte Louise Dolan. I was on the Traditional Regency Romance Aficionados group on Goodreads.com (not very active, but a neat group) when someone mentioned some books by Charlotte Louise Dolan. Several people recommended Fallen Angel, and I looked through my catalog. Sure enough, I had bought it at some garage sale years ago and it was on my shelf.

I started reading it and was hooked from page one. Here’s the back cover blurb:

Man of Mystery — It was simple for Miss Verity Jolliffe to find out a great deal about Gabriel Rainsford, Lord Sherington. His good looks and wealth were evident His arrogance and ruthlessness were legendary. — Still, a question remained. What could Sherington see in a modest young lady like her, when he had the voluptuous Eleanor Lowndes as his mistress, and the most beautiful belles of the town eager to be his bride? Did he want her as a plaything for his jaded desires? Or as a wife in a mockery of a marriage? Or as a means of revenge on all womankind? But whatever he wanted, Verity feared that one thing was certain. Caught in his spell, she would find it heartbreakingly hard to say no….

Camy here: Okay, I admit the blurb is rather melodramatic and it doesn’t really tell what’s going on in the story. The writer’s style sometimes reminded me of Carla Kelly, but her humor reminded me of Georgette Heyer.

The hero is a bit ruthless, but it’s because he has been unwanted by everyone in his family since he was a child, and he has stopped caring about anyone to protect his own scarred heart. However, his lack of feeling sometimes makes him completely clueless as to women and how to treat them, which turns out to be really funny at times. It reminds me a bit of how Christian Western historical romance author Mary Conneally’s heroes are manly but clueless when faced with a strong woman.

What was really interesting was the heroine’s concept of love. It was so Christlike that I was surprised to see it in a book published in the secular market. She has her own flaws, but it only makes her more endearing and sympathetic. She is also strong and sensible, one of my favorite types of heroines. 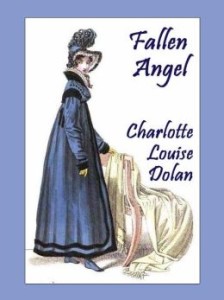 What’s even better is that this book has been released as an ebook by the author. You can also try to get it from Paperbackswap or some similar book trading website. I immediately bought the ebook version since I loved the book so much, and my paperback version was looking a little ratty (I posted my paperback copy on Paperbackswap and it was picked up right away).

I hope you try this book and enjoy it as much as I did!

Camy here! I just turned in the manuscript for my Christian Regency romance coming out next year from Zondervan, and I finally have a title–Prelude for a Lord.

It’s about Lady Alethea Sutherton, who owns a mysterious Stradivarius violin that was bequeathed to her by her neighbor and dear friend, an Italian widow. Living in Bath with her aunt, Alethea is hoping to receive her inheritance in two years and be independent, but then someone tries to steal her violin, putting her life in danger. She needs the help of Lord Dommick, gifted in music and especially the violin, to stop whoever is trying to harm her.

One fantastic part about writing a book about two musicians is that the music of the time period becomes almost like another character in the book! I am a fan of Vivaldi, but I especially listened to a lot of his music in writing this book, both for inspiration and because his music played a significant role in the musical training of the heroine.

One really lovely violin concerto is featured in one of my favorite scenes, where Lord Dommick plays Alethea’s violin for the first time. Alethea’s Italian neighbor and friend, Lady Arkright, had been trained in music in Italy at the Ospedale della Pietà, a home for abandoned children where Vivaldi had been employed from 1703 to 1715 and from 1723 to 1740. After Lady Arkright married her husband and moved to England near Alethea’s home, she taught Alethea to play the violin, including many of her favorite pieces from her teacher, Vivaldi. Lord Dommick knew all this, and so when he first plays Alethea’s violin, in honor of the deceased Lady Arkright, he chooses Vivaldi’s violin concerto number one in G minor.

One great thing about the internet is that you can find recordings for so many pieces of classical music! Here is what Lord Dommick played to Lady Alethea in this scene in my book:

Do you have any favorite classical music pieces?

Camy Tang writes romantic suspense under her real name and Regency romance under her pen name, Camille Elliot. Her first Regency, Prelude for a Lord, releases in summer 2014. She is a staff worker for her church youth group and leads one of the Sunday worship teams. Visit her website at http://www.camytang.com/ to read free short stories and subscribe to her quarterly newsletter.