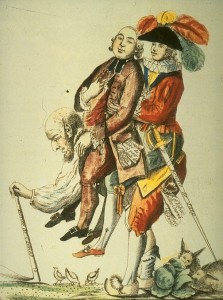 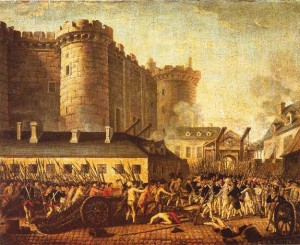 war. Sometimes he had rather insightful things to say, while other times his comments are quite offensive. Here’s a look at several of his more memorable statements:

“Impossible is a word to be found only in the dictionary of fools.”

“Never interrupt your enemy when he is making a mistake.”

“Never tell your enemy he is doing the wrong thing.”

“Courage isn’t having the strength to go on – it is going on when you don’t have strength.”

“Religion is excellent stuff for keeping common people quiet. Religion is what keeps the poor from murdering the rich.” 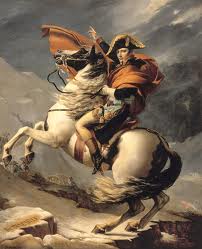 “Show me a family of readers, and I will show you the people who move the world.”

“History is written by the winners.”

“You don’t reason with intellectuals. You shoot them.”

“The best way to keep one’s word is not to give it.”

“There are but two powers in the world, the sword and the mind. In the long run the sword is always beaten by the mind”

“Ten people who speak make more noise than ten thousand who are silent.”

“Alexander, Caesar, Charlemagne, and I have founded empires. But on what did we rest the creations of our genius? Upon force. Jesus Christ founded his empire upon love; and at this hour millions of men would die for him. ”

Do you have a favorite quote from this group? If so, please share it in the comments below, or feel free to share your own favorite quote of Napoleon’s.

Most of us who have read a regency romance or two have heard of the Peninsular Wars. 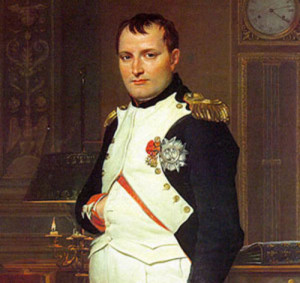 The hero of the romance is usually back from the Peninsula, recovering from an almost fatal wound—but alive and whole, thank goodness, and still dashing in his red coat, though perhaps a bit wan and lean in the cheek. 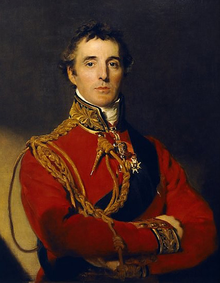 Which peninsula was this? It was the Iberian Peninsula, encompassing both Spain and Portugal. England and France fought over this peninsula between 1807 and 1814. The peninsula catapulted then Lt. General Arthur Wellesley—later the 1st duke of Wellington—to fame.

The armies depended on couriers conveying messages from troop to troop and commander to commander over the vast Spanish plain. Partisan fighters intercepted many of these French messengers and passed along their dispatches to the British. 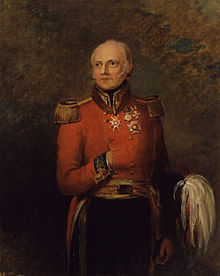 A key but little known player in the British army was George Scovell, a deputy assistant quartermaster general, who had a knack for languages, organization and detail. The hero of my current regency, Moonlight Masquerade, is a little like this soldier. He is able to see patterns where others see only random numbers.

If you’d like to try out your abilities at some simple code, try to decipher the names of my hero and heroine in Moonlight Masquerade using the key below.

Last fall, I wrote about researching my latest regency romance. Well, this month it is available and I thought I’d give readers an update. My title and cover have been changed. It is now title She Shall Be Praised and the new cover is below.

Paris has been liberated from Napoleon by the British and other allied countries, so tourists are once again traveling from England to the Continent. Katie, who travels from America (Maine), meets a young French veteran who fought at Waterloo against the British. Among the narrow medieval street of Paris and the monuments like Notre Dame, Katie finds herself more interested in visiting the blind, cripple veteran at Les Invalides, a hospital and old-age home for veterans.

I love France and all things French, from the food to the art. It was interesting to research this period, when the horrors of the French Revolution and the years of wars under Napoleon have brought about the restored monarchy. But along with the new king, comes a wave of reactionary politics as the aristocrats come back from their emigration during the Reign of Terror, wanting to have their place in society restored. They want things back the way they used to be. But too many people have tasted the freedom under the civil government of Napoleon, so there is a clash of old school vs. new.

The land has been devastated by years of war, so France has missed out on the beginnings of the Industrial Revolution and the prosperity it has brought to Britain. And yet, during this time of the Restoration, people continue to live their lives.

Katie Leighton, my “beauty” in this beauty and the beast tale, doesn’t consider herself a beauty, but a plain Jane. Etienne Santerre, my “beast” hides under both an assumed name and behind the thick walls of Les Invalides, a virtual prisoner of his evil valet, Pierre. There is a mystery surrounding Etienne’s background, which Katie senses, but which Etienne is silent on. In the meantime, she is more concerned with his soul. Little by little, her light begins to shine into Etienne’s darkness.

The story takes Etienne from the walls of Les Invalides to the Loire Valley to his ancestral home. There he faces what he has tried to blot out since he landed at Les Invalides, a wounded, crippled soldier. When his life is most at risk, he begins to turn to the God Katie has witnessed to him.

Etienne is a dark hero, sorely in need of Beauty’s touch. She shares her faith with him in her gentle, loving way, until he lets down his defenses and allows the healing power of love to restore all he has lost. 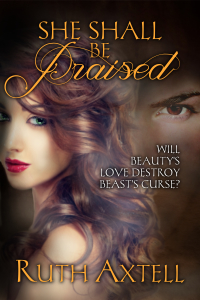