While I love the ballrooms of London or the estates found in the countryside, I also have a fondness for unusual architecture. I started my debut novel, Madeline’s Protector near one of the greatest engineering feats for England, Shropshire’s Ironbridge. The bridge was built in 1779 and was one of the first bridges made of cast iron.

Ironbridge has come to symbolize the start of the Industrial Revolution in England. It is over 100 feet wide and spans the River Severn. During the Regency, the area was heavily mined and filled with iron working operations such as foundries.

Abraham Darby I mastered the use of sand moulds to pour and set cast iron into strong shapes, which could be used for buildings. His great grandson, Abraham Darby, III continued working with iron and perfected this technique.

At twenty-nine years of age, Darby III took the design of the bridge from architect Thomas Farnolls Pritchard and started construction. It took three months to build the bridge. Constructed from over 1736 casting made in a foundry 500 yards away, the bridge weighs over 378 tons.

The Mystery of the Build

No firsthand accounts existed such as diaries or work notes, so it was a mystery, how the bridge was actually constructed.  Most assumed the bridge was started on one side, and then built piece by piece to the other side.  In 1997, a sketch was discovered showing the bridge under construction, the only drawing of its kind.  The sketch showed the bridge being raised from a barge floating in the river and the casts being winched into place.

Also, by examining the bridge in detail, they discovered each part was cast to order. They put pieces in place. Measured the gap to the next piece and then adjusted the moulds / casts to fit the sections.

While it was being built, the Ironbridge area was filled with foundries. The smoke of the smelting of the iron made the area dark, like a smoke-spewing setting. Today it’s one of the prettiest and is heavily toured with lots of greenery surrounding the bridge.

No pictures of the Darbys exist like the other iron-masters of the day because they were Quakers and thought, that such renderings would be vane.

“For all races of Teutonic origin the claim is made that they are essentially home-loving people. Yet the Englishman of the sixteenth and seventeenth and eighteenth centuries, especially of the latter, is seen to have exercised considerable zeal in creating substitutes for that home which, as a Teuton, he ought to have loved above all else,” writes Henry C. Shelley in the preface to his 1909 book Inns and Taverns of Old London.

During the Regency, anyone who could afford to do so took to the miserable roads and toured everything from natural beauties, to mills and jails, to stately country houses. They kept journals. They took notes. They drew pictures all in the hope of getting their observations published one day.

And for these travelers and would-be authors existed a host of guidebooks full of advice. In an 1812 tour guide, Daniel Carless Webb advises, “The carriage of baggage may be justly considered an inconvenience; it is therefore proper to take as few things as possible; these carried in a light green bag (I would on no account recommend a blue one, as that might occasion you to be mistaken for a lawyer).”

One might think that a visit to a gorgeous home full of antiquities and ancient tapestries might yield the kind of glowing praise Wordsworth heaped upon the Lake District. On the contrary, many of these published guides and memoirs of travels gave advice on how nature could be improved upon and details about what was wrong with the country houses visited.

A delightful satire on this is The Tour of Dr. Syntax, an 1812 spoof on the Search for the Picturesque wherein Dr. Syntax declares to his faithful wife, “You well know what my pen can do, and I’ll employ my pencil too: I’ll ride and write, and sketch and print and thus create a real mint: I’ll prose it here, I’ll verse it there and picturesque it everywhere. I’ll do what all have done before; I think I shall and somewhat more.” And so he went off to the Lake District.”

(My thanks again to Emily Hendrickson http://www.emilyhendrickson.net for research materials used with permission.) 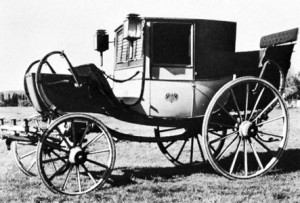 In researching what Regency folk did on their trips to vacation towns, I was surprised how well I could relate to what they did. Some of it reminded me of trips to places like Minocqua, Wisconsin.

Because when you’re there, staying in a rustic cabin or resort on a nearby lake, you do a lot of the same things that Regency vacationers did. Bored, or having a cloudy day, we go into town and visit: the library, the coffee shop, perhaps a theater’s open somewhere. One might buy clothes (t-shirts nowadays), or hats (caps, visors), or a newspaper.

Active people took walks, made rendezvous, picnics, tours, visited waterfalls, paid to enter local attractions, went to dances and concerts, and out to breakfast. I’ve done all those activities on vacation.

It would seem our vacations aren’t as completely different as we may have thought.

What’s your favorite vacation activity? Do you go to resort/vacation communities?