Of great benefit to women during the Regency was the great relative comfort of the clothing of the day. Compared to the preceding Georgian period, the Regency provided a measure of relief from physical constraints. Gone were the painfully heavy panniers and voluminous skirts, but most ladies still wore stays. We don’t experience many swoons these days, but the wearing of stays and corsets assured the occurrence of many a fainting spell.

Fainting was a likely event in the lives of Regency ladies. The sensitive Regency lady would carry her own smelling-salts. These were usually an infusion of ammonium carbonate and alcohol, scented with lavender or lemon oil. The container in which the salts were carried was called a vinaigrette; a small box or bottle with a perforated top.  Sal volatile is another term for this mixture, and both it and spirit of hartshorn (water and ammonia) could be drunk as well as sniffed. Hungary water was another popular perfumed herbal restorative and could be dabbed on the temples or wiped on the hands and face of someone suffering from nerves or headache.

The preparations mentioned were kept handy for fainting, attacks of nerves, and whenever an unpleasant odor came one’s way.  Today, we throw a wallet, comb, sunscreen, and lipstick into our purses and head out to face the world. The reticules

(purses) of Regency ladies carried a bit of money, a handkerchief, and their vinaigrette of smelling salts.What about you? Do you prefer a large or small purse? Floppy or stiff? Long or short strap? 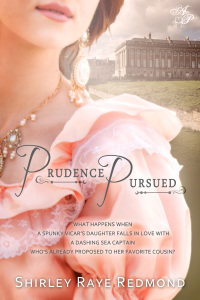