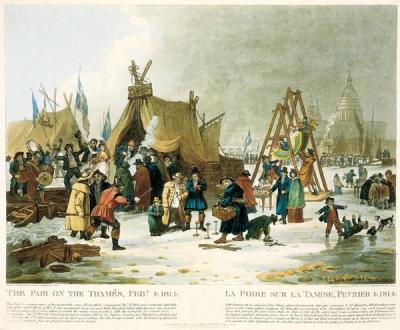 Depending on what part of the country you live in (if you live in the United States) your winter is either much colder than normal or nearly non-existent – looking much more like spring than winter. We have a long way to go before the weather officially turns the corner and anything could happen in the coming months – including lots of snow and dropping temperatures.

So how do your Regency Reflections authors handle the winter blues?

With temps dipping into the single digits these last couple of weeks in Maine, and getting lots of snow, I just tell myself it’s good writing weather, since there is little temptation to go outside. I feel like I’m hibernating, getting a manuscript done and now editing.

I agree with Ruth. Embrace winter rather than dread it. First, snowy days make for excellent writing and putz-around-the-house days. There’s something wonderfully nostalgic to curling up in front of the fire with a book and a mug of hot chocolate while snow falls outside. And then there’s all the outside things you can do. Rent a snowmobile for a day trip, go skating, sledding, downhill skiing, cross country skiing, show shoeing, or ice fishing. (Fish caught through ice is way better than fish caught when the weather is warm. I have no idea why, but I swear it’s true.)

I really think there are two ways to beat the Winter Blues. 1.) Take a break and be thankful for the slower pace that snowy days offer, or 2.) Get courageous. Bundle up, go outside, and try a new winter sport. I live on the southern shore of Lake Superior, where we get 150-200 inches of snow per year, our winters run six months long, and our trees don’t get leaves until June. People who live in this area well understand that winter doesn’t have to be boring. It can be just as fun as summer, sometimes even more so.

Um, I live in Texas–we don’t have winter blues. They consider this 40s-50s weather we’ve been having excessively cold for January, but I think it’s heavenly.

I live in an area of the country where we have pretty defined weather for each season, so I actually enjoy winter! It just means that before we know it, the sunnier days of spring will be on the way. Winter is also a fantastic season for writers. I haven’t met one yet that wouldn’t love the extra time to snuggle in a warm house as the snow falls and plot that next novel – with a cup of steaming hot chocolate, of course!

I tend to ignore them, I suppose. With children in school and a regular calendar full of church activities, there would have to be a fairly significant amount of fresh snow/ice to make me adjust my schedule.

When that does happen, we of course go play in it. Then we thaw out in front of a movie, huddled together under blankets. There’s something about the forced weather break that makes us want to be together as a family. It feels like a stolen moment.

During the winter, I drink more hot liquids, such as tea, coffee, and hot chocolate than I do in the summer. I still jog/run, but often veer out into the street when people haven’t shoveled their sidewalks. This is the time of year my family attends more concerts, plays, conferences and the like, as opposed to summer, when everything’s about “The Lake”.

What about you? How do you handle winter?