Kristi here. Imagine for a moment that you are a resident in a small town in Regency England. You have a small garden, perhaps a farm. Maybe you are in trade and live in town. No matter where you live, one thing is sure: At some point you are going to want or need something and you’ll have to buy it from someone else.

Where would you go if you needed a few more chickens or a bushel of apples? The market, of course.

If you lived in a large town, such as London, there were several markets to choose from, open all week long. But, if you lived farther out, you had to travel to a market town.

Market towns had existed in England for centuries. There were, in fact, strict rules as to which towns could hold a market and which couldn’t. Towns had to apply for a royal charter if they wanted to hold a weekly market. If a market town already existed within a day’s walk (there and back) the town could not hold a market.

Many towns had a market cross in the middle of the designated area. The actual meaning of the crosses is unknown and theories are as varied as the cross designs. Possibly the religious landmark was to curry God’s favor on the proceedings. It could also have stood as a reminder to the vendor and the buyer to deal fairly with one another. Still another option is that it hearkened back to the original, informal markets that grew up on the grounds around the churches.

Whatever the reason, some of these market crosses became very elaborate, more along the lines of pavilions or buildings than mere religious icons on a tall pillar. Some towns even constructed their roads with the markets in mind. One example is Stow on the Wold in Gloucester whose narrow side streets were designed to make managing herds of sheep easier.

Since many people lived spread out across rural England, market days (typically Saturdays) were their only opportunity to acquire what they needed, unless they could go directly to someone local to barter or buy. Farmers and craftsman would bring their wares to town and set up stalls along the extra wide main streets.

As leisure travel increased in the Georgian era, some market towns, such as Norwich, became fashionable shopping destinations. Permanent stores grew up around the market places, but transitional and temporary stalls were still used for the weekly market.

Today, many of these towns still hold a weekly market, though you’ll more likely find purses and technology accessories than a chicken and a sheaf of wheat. 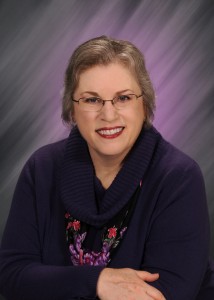 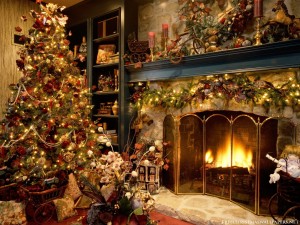 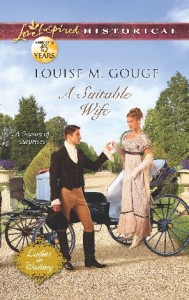 Money was undergoing a change during the Regency. It began during the early part of the Napoleonic wars, in 1797 to be exact, when the guinea was discontinued officially. Guineas were still in circulation, though, and people spoke in terms of items costing X number of guineas.

So what was a guinea? 21 shillings.

Let’s break this down to the simplest terms possible.

Farthing (as in “I don’t give a farthing for that.) ¼ pence

Hapenny or half penny: ½ penny or pence

Penny: a penny or pence shown as amount in numbers with a d.

Sixpence: six pennies or half a shilling

Shilling: 12 pennies r pence and shown as amount in numbers with an S

Sovereign: In 1816, Great Britain went on the gold standard and issued the sovereign, which was a pound in a gold coin.

Although bank notes were issued for convenience, they were not legal tender as we think of paper money nowadays. That didn’t occur until a little over a decade after the Regency ended. Bank notes were promissory notes saying that the bearer could exchange it for the face value of the note in gold coins. This was one way in which money passed from bank to bank.

To explain the banking system and how it worked before even telegrams could be exchanged to verify accounts is a complicated subject that will have to wait for another post.