This week we’ve been looking at a few of the many film adaptations of Jane Austen’s beloved Pride and Prejudice. If you are in the mood to spend more than a couple of hours delving in to a cinematic version of this intricate story, I have two more versions for you to consider. 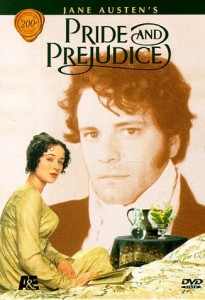 Produced by the BBC in 1995, this adaptation had a great influence on my love for Jane Austen’s story. When I read Pride and Prejudice in high school, we watched the miniseries as we went, bringing life to characters I was already intrigued with. It also started a bit of a fascination with Colin Firth, but I’m not alone in that regard.

Of all the versions I’ve seen, this one stays closest to the actual book. The length alone allows them to go into considerably more detail than a regular length movie. They were able to include all of the characters, scenes, and conversations that other renditions had to leave out. 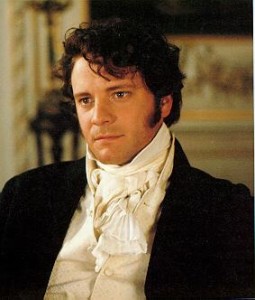 One of the strengths of this version is Colin Firth’s portrayal of Mr. Darcy. He doesn’t smile until the very last scene of the movie, but that doesn’t hinder the impression of his softening over the course of the movie.

Elizabeth says that she believes Darcy remains unchanged “in essentials”. I think that means he still maintains a severely proper demeanor and overall seriousness. Firth’s portrayal does that. At no point does he lose his composure or rigidity, yet you see him change just the same. 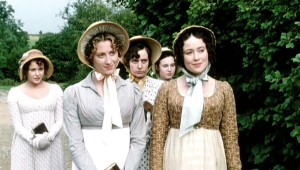 Jennifer Ehle does a superb job of playing Elizabeth as well. Outwardly, she behaves in all the proper manners. She doesn’t throw off propriety as defined by her society, yet she still finds ways of displaying her displeasure with it through private conversations and pained facial expressions.

One drawback to this version is, of course, the length. You will have to set aside a solid afternoon to watch it if you intend to do it all in one sitting. Originally it aired as five hour-long episodes.

The rigidity and formality of it might make it hard for some people to immerse themselves fully into the movie as well. I also don’t know that Mr. Collins is portrayed correctly. Although I don’t know if any version truly gets Mr. Collins right.

But maybe that version isn’t for you. Maybe you love the story, but just can’t get into the ins and outs of a period piece. Then this next version may be for you…

The Lizzie Bennet Diaries ~ about 10 hours

You read that right. If you want to watch The Lizzie Bennet Diaries in entirety, it will take you at least ten hours. It also just won an Emmy for Interactive Media. 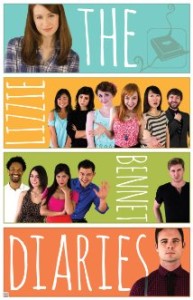 The Lizzie Bennet Diaries, or The LBD for short, is a modern adaptation of Austen’s story. It aired over the course of a year on YouTube. Lizzie Bennet was a vlogger, meaning she made a video blog. At times, other characters also made videos as well. Each episode ranges in length from three to seven minutes, but that really adds up when you consider at least two videos a week for a year.

The strength of The LBD lies in their determination to stay true to the elements of the story. Today, women don’t have to marry to have a future. It wouldn’t make sense for Charlotte to run off and marry Mr. Collins when no feelings exist there. So the offer of marriage was converted into a job offer. The intent of Austen’s story remains – Charlotte compromising and taking the practical route in order to insure her future – while still being relevant and believable in a modern setting. 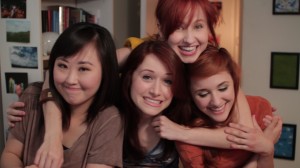 The way that The LBD was set up will give you a different perspective on Pride and Prejudice. Because the videos, at first, are filmed in Lizzie’s bedroom, we see a lot more interaction between the female characters. Darcy doesn’t make an on screen appearance until episode 61. I know that after watching it, I view Lydia, Charlotte, and even Mr. Collins in a different way. They do make a few character adjustments. Mary is a cousin and Kitty is actually a cat, but the story essence remains.

Do you like the longer film versions or prefer the shorter versions that have to leave a bit out but maintain a more traditional movie length?