Migrations have happened through the ages. So peoples in even during the Regency had wanderlust, a strong desire to see the world. And dare I say it, they even moved beyond the ballrooms of Almack’s. They traveled, they went on holiday, and upon occasion they conquered.

After the Seven-Year War,  George Macartney in 1773, talked of the vastness of England’s reach, “the British Empire on which the sun never sets.”

The common attitude of having at least 184 colonies (accumulated from the 1700’s to 1950’s) around the globe supports the concept, making adaptations of the phase very popular:

When I study the list of colonies, I believe they are quite right:

Lately, I have been thinking about the hopes and dreams that sent people on a journey to an unknown world. Was it religious freedom like the Quakers? Could it be the quest of gold or the hope for eternal gold by proselytize a different people? What attitudes did they bring? Did social station withstand the hard work of building a colony timber by timber?

For my birthday (March 13 – shameless plug), my lovely husband bought me two copper engraved maps, one of England (1810) and one of South African (1835). I see stories brewing. Stay tuned. 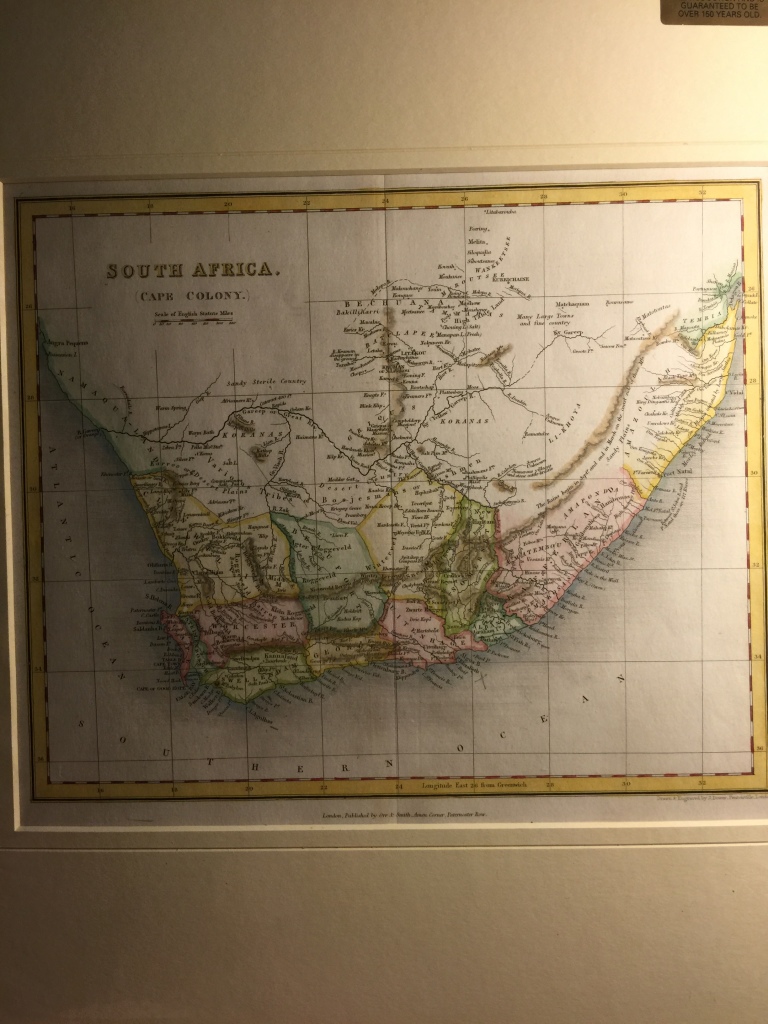