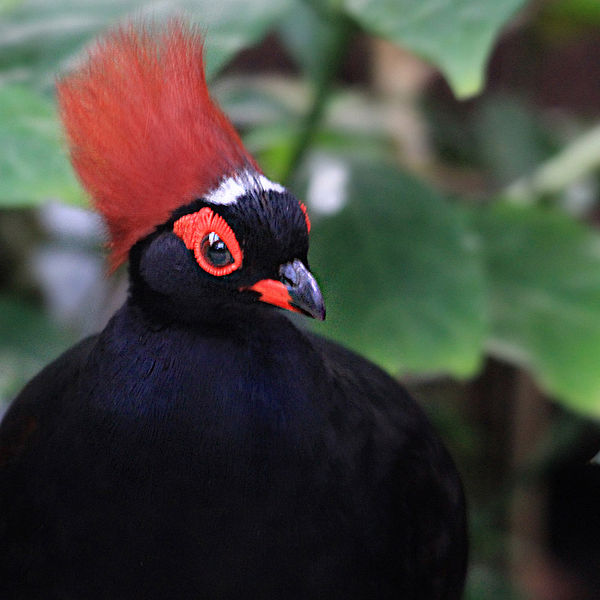 When I am reading about a heroine lost or frolicking in the woods, I love when an author surrounds me in the sights and the sounds of the wilderness. Yet, nothing can pull me out of this setting quicker than the majestic description of birds or flora… that wasn’t native to Regency England or worse not possible to be in the landscape because of the time of year.

Nonetheless, Vanessa how would anyone know? A bird’s a bird and the 1800’s was a long time ago. Yes, but there are resources that can help.  The best place to start is the Time’s Telescope, a magazine circulated during the Regency.

From the Time’s Telescope a section called the Naturalist’s Diary details the weather, indigenous plantings, and of course fowls in the air.

In Regency England, September begins the transition to autumn and with it a change in vegetation and fowl.

“How sweetly nature strikes the ravished eye Through the fine veil, with which she oft conceals her charms in part, as conscious of decay! September is, generally, accounted the finest and most settled month in the year. The mornings and evenings are cool, but possess a delightful freshness, while the middle of, the day is pleasantly warm and open.” – from the Time’s Telescope

What birds are available during the month of September, well in 1817?

“Partridges (tetrao perdix) are in great plenty at this season of the year: they are chiefly found in temperate climates, but nowhere in such abundance as in England. Partridges pair early in the spring: about the month of May, the female lays from fourteen to eighteen or twenty eggs.”

Partridge are a short-tailed game birds, which are part of the pheasant family. Their feathers are primarily brown in colour.

Sea storks are long necked birds, which are part of the crane family. They are typically heavy billed, large weighty birds with long necks and legs.

“The thrush, the blackbird, and the woodlark, are now conspicuous.”

Part of the Turdidae family, thrush are plump birds that often feed on the ground.  The blackbird is a black thrush and if you have five and twenty you can make a pie.  The woodlark is a short-tailed bird known for its melodious songs. It frolics in open grounds such as meadows rimmed with trees.

“The chimney or common swallow (hirundo rustica) disappears about the end of September.  The congregating flocks of swallows and martins on house tops, but principally upon the towers of churches on our coast, are very beautiful and amusing in this and the succeeding month.”

Swallows and martins are also part of the passerine family. Swallows have fork-tailed feathers and martins have squarer tails.

“Many of the small billed birds that feed on insects disappear when the cold weather commences. The throstle, the red-wing, and the fieldfare, which migrated in March, now return; and the ring-ouzel.”

Throstle are part of the Turdidae family. The males are known for their airy melodic songs. Fieldfares are also Turdidaes. They often nest in colonies to protect themselves from predators. The male and female both feed the babies. The babies nest for a fortnight then are turned out. Can you see an author’s metaphor on this bird?

Red-wing’s are blackbirds. The males are glossy black with bright red and yellow bands on their wings. The females are brown and often mistaken for sparrows. More metaphor ideas.

This is a little primer on the birds of September.  Nature was a big part of the Regency World, so I know I want to get it right. The Time’s Telescope is a great firsthand account of much more than birds. It’s also a good text on the natural surroundings of England. Many issues of the magazine are available in Google Books. When you read them, just be prepared for its folksy advice.

“All these birds feed upon berries, of which there is a plentiful supply, in our woods, during a great part of their stay. The throstle and the red-wing are delicate eating. ”

Nothing like good eats. I wonder if the author tried them in a pie?