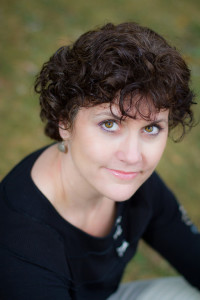 A Gentlewoman’s Guide to Opium Addiction: How to Tell if Your Mr. Right Has Been Tokin’, Smokin’ or Shootin’ the Poppy ~ Guest Post by Michelle Griep

Any of these answers would be right, of course, but you’d also be correct if you’d shouted out opium usage. Austen’s mother used opium to help her sleep, and her father was an agent in the trade. Elizabeth Barrett Browning took opiates every day from the age of fourteen, Sir Walter Scott consumed 6 grams a day, and Samuel Coleridge was a regular user.

Yes, indeed. I hate to burst your bubble of the romantic days of yore, but opium addiction was an issue to be reckoned with.

The first written account of the non-medicinal virtues of this drug is in De Quincey’s Confessions of an English Opium Eater, published in 1821. He advocates opium usage not as a pharmaceutical pain reliever but as a trip into “an inner world of secret self-consciousness.” Sounds positively hippyish, eh?

Had Mr. Darcy been hanging out in a nearby opium den, these are the symptoms Elizabeth Bennett should’ve looked for:

While Jane Austen preferred to write of dances and dinners, I dove into the seamier side of things and made the hero in A HEART DECEIVED a recovering opium addict. Why?

Because addiction is a contemporary problem with historical roots.

It’s just as hard for my fictional character Ethan to turn down a bottle of laudanum as it is for a real person today to pass on a hit of meth. With God’s help, it can be done—which is exactly what Ethan discovers.

So take care, gentlewomen, when searching out your Mr. Right. Opiates have been around since the days of Pharaoh, and are likely here to stay.

Interested in Ethan’s story? Check out A HEART DECEIVED… 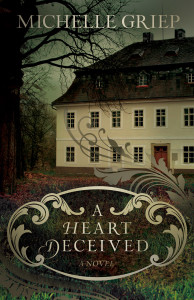 Miri Brayden teeters on a razor’s edge between placating and enraging her brother, whom she depends upon for support. Yet if his anger is unleashed, so is his madness. Miri must keep his descent into lunacy a secret, or he’ll be committed to an asylum—and she’ll be sent to the poorhouse.

Ethan Goodwin has been on the run all of his life—from family, from the law … from God. After a heart-changing encounter with the gritty Reverend John Newton, Ethan would like nothing more than to become a man of integrity—an impossible feat for an opium addict charged with murder.

When Ethan shows up on Miri’s doorstep, her balancing act falls to pieces. Both Ethan and Miri are caught in a web of lies and deceit—fallacies that land Ethan in prison and Miri in the asylum with her brother. Only the truth will set them free.

A HEART DECEIVED is available by David C. Cook and at Amazon, Barnes & Noble, and ChristianBook.