Keeping with this month’s theme of holidays, I bring you a regency Christmas in July, er, August. Having authored a non-fiction book on the subject (Regency House Christmas: The Definitive Guide to a Remarkably Regency Yuletide), I thought it would be appropriate to share a fun fact about the holiday that even many authors have got wrong. 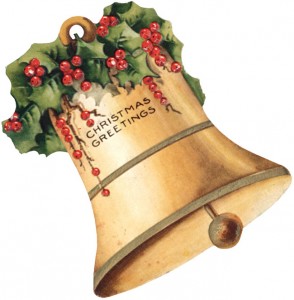 A Christmas Tree?
If you see a Christmas Regency romance in the bookstore with a big tree on the cover, all decorated with baubles and sparkly stuff, it is certain the author and/or publisher and/or illustrator didn’t research adequately.

While the tall tree was introduced to England in 1800 by Queen Charlotte (the Regent’s mother), it wasn’t copied except by a few wealthy aristocrats, if at all. Queen Charlotte was of Germanic descent, and Christmas trees had been used in her country for ages. It was a new idea to England, however, and very few people even got to see it.

During the regency, if there was a tree at all, it was a table-top specimen, much smaller than what we are accustomed to, nowadays. Dickens recounts memories of one Christmas of his youth and describes a great, wondrous tree beneath which lay wonderful presents and toys. (No wrapping paper, by the way. Another sign of an ill-informed publisher/illustrator or author is a description of wrapped gifts beneath a tree during the regency. Christmas wrapping paper just wasn’t around, yet.) We have to assume that Dickens was remembering an early experience, in which case even a table-top tree would appear large. We know he was young, because by the time he was 12, his father was sent to debtor’s prison, and you can rest assured that put an end to his having Christmas trees for a time.

In any case, it wasn’t until Prince Albert (also of Germanic descent) once again introduced the really tall Christmas 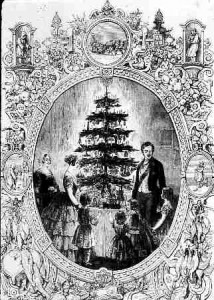 tree in it’s glorious splendor, (in 1845, if memory serves) that it suddenly became all the rage and everyone everywhere started putting up tall ones like his. The newspapers ran a picture of the royal tree and that did it. The growing middle class, now with the power of spending money, ran out to copy the wonderful sight and the upper classes did so, also. But this was long after the regency

Left: Even the larger, royal tree is upon a table! And this is 1845

(When I refer to the regency, by the way, I use the stylistic parameters; in other words, not the POLITICAL regency which was a mere nine years, from 1811 to 1820. But even using the stylistic regency, which extends to the death of George IV (formerly the regent) in 1830, Prince Albert’s large tree is still fifteen years away.)

So, now you know one cool Christmasy fact about this fascinating period. Stay tuned for the 2012 update of my Christmas ebook to learn much more! 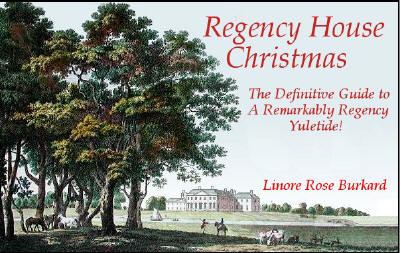