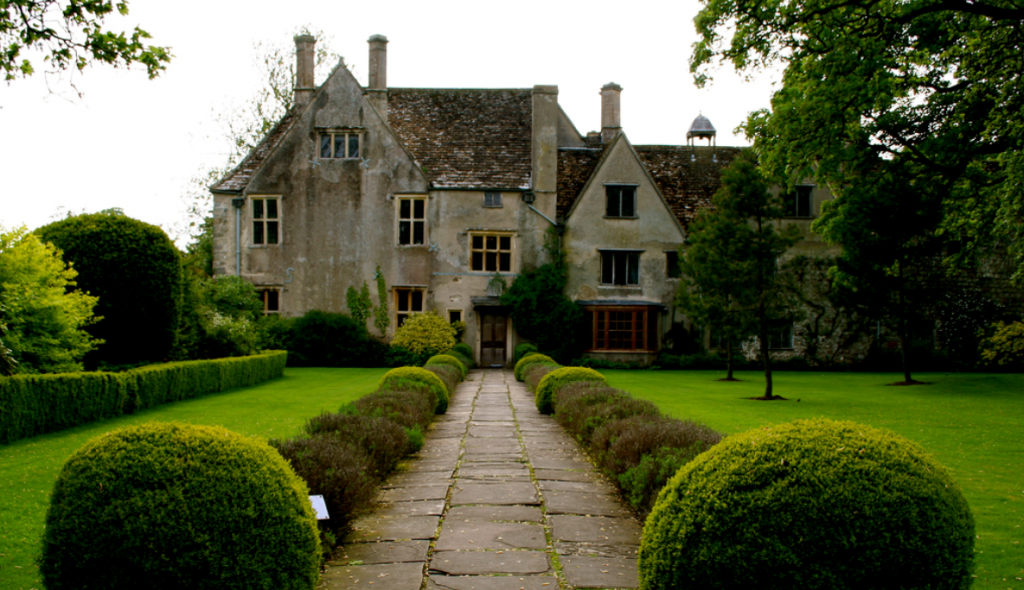 The word has entered our vocabulary in recent years as an attractive and affordable option to the once popular family road trip. Whether it be a jaunt to the beach or that all important theme park visit to stack up some childhood memories, going on holiday has been an important part of our American heritage. But in recent years, this ideal has changed. Due to the American financial crisis in 2007-2010 and the weakening of the British pound in 2009, families have begun to look for alternative and less expensive ways to celebrate their summer holidays a bit closer to home.

Holidays in the Regency Era were somewhat similar in this respect. They could be of the traveling kind of course, with a long carriage ride to a choice location like Jane Austen’s Bath, fashionable Brighton or for a trip into London’s posh Mayfair district to stake out the latest fashions of the day. But there were some holiday options that were quite similar to our modern staycations: trips to the lake for swimming, charming strolls through the gardens, outdoor picnics and even the all-important country ball.

Holidays may have been spent at locations that were closer to home but as you’ll see for a few Regency staycation ideas here, they were anything but second-rate celebrations. 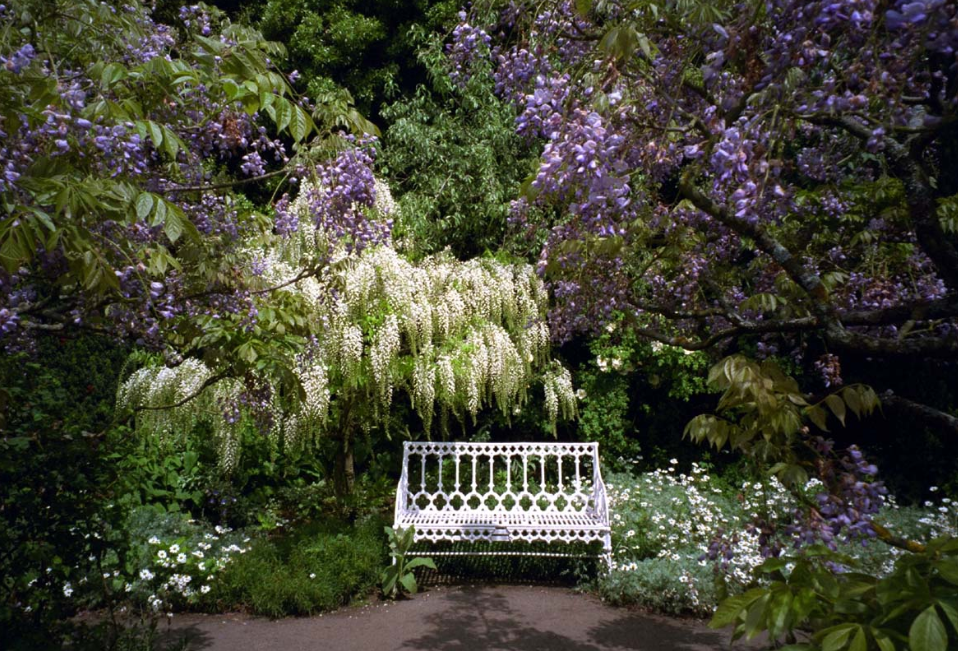 Stepping into a staycation was often as easy as popping outside and walking through the garden gates of a Regency Era country home to the generous hills beyond. Often manicured to the level of a grand home in the city, the country garden and estate grounds offered sights and sounds void to the eye during the harsh months of winter. Time spent out of doors would have been prized during the summer holiday months, both for the relaxation of the atmosphere and for the rejuvenating act of walking.

Royal Navy officer John Byng’s 1792 journals boast a lively description of the glories of the simple stroll through the countryside, saying, “to view old castles, old manors and old religious houses, before they be quite gone;  and that I may compare their ancient structures… with the fashions of the day.”

Similar to Pride and Prejudice’s Elizabeth Bennett’s country pilgrimage with her aunt and uncle, the Gardiners, a well noted tourist route took them past the grounds of Darcy’s Pemberly in the pursuit of appreciating nature. Remember the line, “Oh, what are men compared to rocks and mountains?”  To the Regency mind, it’s almost true. (Almost.) Their pursuit was often more to see the grounds along a tourist route than to spend time inside the grand house. (Mrs. Gardiner even states, “If it were merely a fine house richly furnished,’ said she, ‘I should not care about it myself, but the grounds are delightful.”) 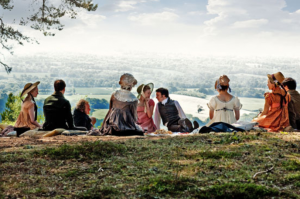 At the turn of the nineteenth century, the flourish of blossoming ideals about nature fed the popularity of more than taking the occasional stroll in the garden. It popularized the idea of eating outdoors where one could have a closer communion with God’s creation. In the beginning, picnics were less organized, quiet affairs. But as the popularity of an alfresco lunch became a more sought after invitation to receive, these quiet country lunches evolved into quite elaborate and well-planned out social affairs.

A famous scene in which picnicking takes center stage is the picnic on Box Hill in Jane Austen’s classic novel, Emma. Film adaptations have given this scene a comparably beautiful landscape, as picnickers revel on a sunny hillside and enjoy an afternoon tea time with remarkable views of the English countryside  all around. Like our modern day holiday cookouts, these Regency Era picnics would have boasted attendees  that included family and friends, and would have involved the dining experience alongside amiable outdoor  activities of the day (such as the strawberry picking or archery described in Emma). Even more like our modern idea of the potluck dinner, Regency picnickers would have toted wicker baskets with a dish to share with others (possibly deviled eggs, cold roast, or fruit sandwiches). As these picnic affairs grew more elaborate however, a host would usually organize the dishes to be brought (to eliminate duplication) or would have supplied a carefully selected menu of food altogether.

Click here for a nice anthology of links around Regency Era picnicking {LINK}. 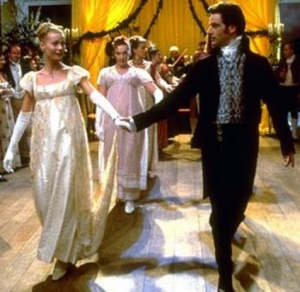 A spectacular setting. Amiable company. The pleasures of food and fun in the sun – this could easily describe picnicking  just as it could describe the more eloquent evening affair of the country ball.

Country balls could be just as lavish as their city sisters – fine gowns, pristine manners, sumptuous meals and plenty of dancing would have permeated the country ball atmosphere as well as for balls in the city.  Stringed quartets would have played the same upbeat music, though the violin might have been termed the “fiddle” for the playing of country tunes. Dancing was still on the top of the agenda. The jovial camaraderie of friends and family engaging in lively dancing, eating and generally making merry, made the event prized among the staycations of the day.

Click here for more information on Regency Era country balls, as in the ball at Netherfield, in Jane Austen’s Pride and Prejudice. {LINK}

It’s interesting to note that through all of the country or staycation activities, Regency Era holidays were as much about family, love, and communion with God as ours may be today. We see the value in a quiet country stroll. We have church picnics and family reunions under the great blanket of God’s sky. We even step out ourselves, sometimes all alone, to find private solace in quiet prayer walks with Him.

Whether you’re traveling miles away from home or taking a nap in your backyard hammock, remember how we all value our holidays at home, for we can stay in God’s presence. Wherever we walk, our journey is with Him.